Double Your Childs Confidence In Weeks!

With These 9 Easy To Follow Steps From The Comfort Of Your Own Home!

Ip Man 3 will be the third film to depict the famous wing chun kung fu grandmaster (also known as Yip Man), after the huge box-office success of 2008’s Ip Man and 2010’s Ip Man 2. The Chinese martial artist, played by Donnie Yen, is best known as Lee’s teacher and master, and the film series about his life has led to newfound popularity for wing chun in east Asia.

The third instalment was to be the first to feature the Enter the Dragon star as an adult. Ip Man 3’s production company, Pegasus Motion Pictures, announced plans to use a computer-generated likeness of Lee at the Filmart market in Hong Kong in March. Producers are working with the late actor’s brother Robert on the new movie, but Bruce Lee Enterprises (BLE) has issued a statement claiming that the film-makers would be in breach of copyright if they were to go ahead with the proposal. 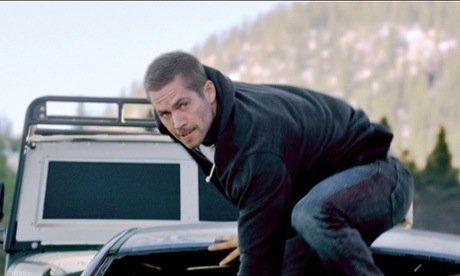 “To state it in no uncertain terms, BLE intends to seek all remedies available to it to stop Pegasus from including the computer-generated version of Bruce Lee in Ip Man 3,” said BLE chief operating officer and general counsel Kris Storti in a statement to the Hollywood Reporter, calling the proposed use of Lee’s likeness “completely unauthorised”. The statement continues: “Robert Lee does not own or control any intellectual property rights associated with Bruce Lee, including, without limitation, any rights to Bruce Lee’s name, likeness and image. Robert Lee does not represent BLE, nor is he authorised to represent any intellectual property rights in connection with Bruce Lee in any way.”

Ip Man 3 producer and Pegasus chairman Raymond Wong said the matter was now with lawyers and an announcement would be made soon. Ip Man 2 did briefly show Lee on screen as a 10-year-old, but the film-makers were forced to abandon plans to include the martial arts icon as a major character, due to disputes with BLE.

It’s not the first time Lee’s likeness has been put on film since his death: the 1978 Hong Kong action film Game of Death was hamfistedly edited together using footage that the martial artist had begun filming but put on hold six years earlier, in order to shoot 1973’s Enter the Dragon. The 1978 film was completed using body doubles and overdubbing from other actors, and famously includes a scene in which a cardboard cutout of Lee’s face appears to have been pasted on to the surface of a mirror. Lee died in 1973, while re-recording dialogue for Enter the Dragon.

The posthumous use of digital likenesses has already been in the news this week, after it was revealed that, prior to his death in August 2014, Robin Williams banned the use of his image on screen for 25 years. The forthcoming action blockbuster Fast and Furious 7 was also completed with the use of CGI and body doubles, after star Paul Walker died in a car crash in November 2013, before his scenes had been completed.

About the Author Mark Deacon

Owner and Chief Instructor of Deacons Martial Arts and Fitness in Oadby, Leicester.

Previous Post Martial Arts Club In Leicester Next Post Martial Arts in Leicester
We use cookies to ensure that we give you the best experience on our website. Data collection for google ads personalisation https://policies.google.com/technologies/partner-sites . If you continue to use this site we will assume that you are happy with it.Ok